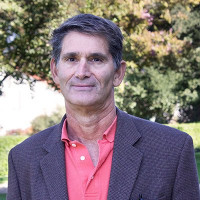 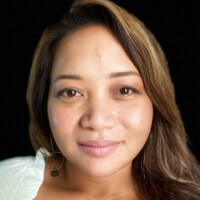 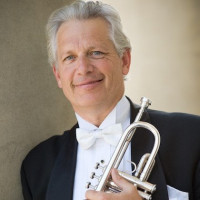 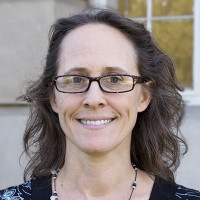 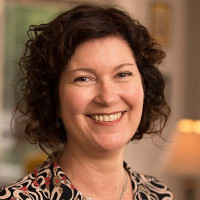 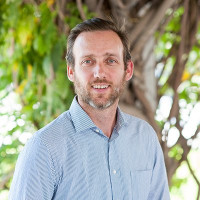 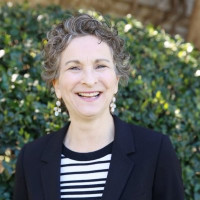 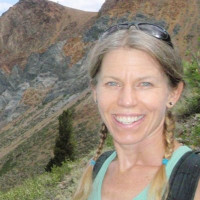 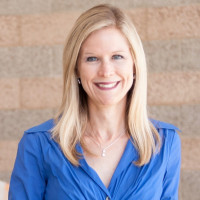 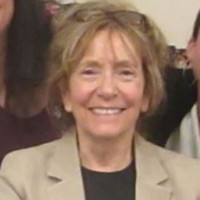 A path has led students to University of Redlands.  We have the responsibility and privilege of walking alongside them for their time at the University and to help them see and prepare for the various paths beyond. One of the biggest joys in this profession is seeing the successes of students after graduation.

I had the best mentors in undergraduate and graduate school who alerted me to great opportunities, taught me success mindset and how to reach my goals, and gently guided me to make the best choices for graduate school and my career. It is really important to utilize your community and resources as you navigate life. I am very grateful for this opportunity to be a part of the Office of Career and Professional Development community and to give back as a mentor.

It is important for students to have a career goal. As one who has been blessed by “doors” that open at opportune times in my life, I feel it is of paramount importance to share my career path with students. Work hard, be patient and keep your eyes toward the future, all the while being willing to take chances and explore opportunities that will present themselves to you. I still haven’t arrived at the goal I set out to accomplish as an undergraduate.  Ask me about it!

I remember college as both an incredibly exciting time to explore what I loved and as a terrifying time because I didn’t know what steps to take to find a career that would be meaningful to me. No matter what your major, you can use your time in college to build towards the career you want. Our job is to help you get on that path. I teach in REST, where we prepare students to understand the complex world we live in and to build more socially justice communities. You can use those skills in any career path and industry. Now is the time to explore how!

I love to help students think through the question: “What doors do you want open when you complete your degree?” Do you have a specific career in mind? Are you considering a graduate degree? Is travel a priority? Are you interested in public service? In Johnston, I help students design unique educational paths that lead to possibilities as well as concrete goals. Preparing for the future is usually a mix of professional skills, academic depth, and broad exploration. When I work with seniors, I ask them to find 3 intriguing job listings or graduate programs. As they review the requirements, skills, and qualifications, students are able to match up their experiences in classes, projects, and internships with their professional goals.

For Studio Art Majors it can be especially challenging to imagine a career in a creative industry or how to get there. I try to demonstrate how studying something you love can open up many career paths. Studio Arts can take graduates into many areas including Fine Arts, Graphic Design, Illustration, Advertising, Film and Animation, Education, and Therapy, to name a few.

Myth 1: Students are supposed to know what they want to do after college.

Myth 2: Most students have a well defined career plan-they know where they can best  contribute and the path for getting there.

Myth 3: Students know the value of their academic skills, and their work and volunteer experiences for the world of work.

None of these myths tend to be true.

Career development, whether one on one with a professor, through our OCPD team or integrated into the curriculum allows students to identify opportunities for meaningful and interesting careers that build on their skills.

Career development allows us to work together as a community in addressing these myths and fostering all kinds of possibilities for our students.

I happen to think chemistry is one of the most exciting fields one can go into.  You can unlock the mysteries of life, or save the planet, depending on your inclination.  But the path isn’t always obvious. Learning to listen to what brings you joy is something I both practice and preach.

I have been both incentivized and inspired to expand the ways that I can help my students thrive in co-curricular positions, workplaces, and in careers beyond UofR. I’ll continue to do so at a “higher level,” thanks to this program. I also appreciate the way this group has completely normalized career preparation.

Although I’m naturally inclined to get students thinking about possible post-graduation paths, this year I found many more reasons to push, prod, nudge, poke, and encourage students at all levels to plan their careers more intentionally by reconsidering their interests, goals, and programs of study; to consider a wider range of post-graduate options; to encourage them to step into internship and fellowship roles; and to take advantage of the invaluable services such as alumni-connecting apps and “open studio hours” that OCPD now offers.

My personal history has shaped these interests. Though I began performing at an early age, when I sought professional training in my 20s, I was refused training due to my disability. Remember that the first disability civil rights law was not passed until 1973 and was not implemented until 1977 and then only after radical nation-wide protests. So in the beginning my path to what became a decades-long career as a theatre artist was through the back door, a circuitous journey which left me with two lessons. First, if you are working at a disadvantage due to institutional discrimination in the performing arts you will need the best training available to break through. So everyone deserves a chance to train. Everyone is welcome. Further your longevity might be extended if you have engaged in some critical study about bias in your desired profession and how other artists have come together to fight that exclusion. Second, my journey, precisely because it was circuitous (mime classes here, Jane Fonda’s Workout there, teen mother’s creating a play in LA’s South Central circa the Rodney King uprising) taught me that the forms and uses of theatre are multiple—stage, screen and television of course but also health and healing, community-building, education, government, law, writing, management, gaming, politics, religion, cooking, etc.!